Yes, the humiliation of a shock 2-1 defeat to Iceland in front of 35,000 people at the Stade de Nice pales into insignificance during a week where we Brits have had to watch first the pound sterling dropping thirteen points against the dollar, then the coalition and the opposition wings of government falling apart, and finally Nigel Farage gleefully celebrating what he termed the UK’s ‘Independence Day’ – a well earned independence from common sense and political prudence, one can only assume.

I am broken. Many of my friends are suffering through similar feelings of disbelief, rage and betrayal. For every article written by a ‘Leave’ supporter celebrating the result, there’s an article written by a desperate ‘Remain’ proponent wanting to disregard the vote and continue living in a pre-referendum UK, as if it were somehow possible to pretend that such a seismic political event never happened.

Let me be clear. As much as I would love to turn back the clock and pretend this was all some kind of twisted nightmare pulled from the book of my deepest, darkest fears, we can’t. Reversing the decision on the EU would not change the fact that 52% of the country are vastly unhappy with the current political landscape of our country.

So, what can we do, here at the point of no return?

Look, someone had to say it. Despite 73% of 18-24 year olds and 62% of 25-34 year olds wanting to remain (source: Lord Ashcroft Polls), the low turnout from my age group meant that our voices went largely unheard against the much louder roar of older generations. It makes me angry to think that so many people my age either didn’t want to vote, or just didn’t care about the outcome, especially since we’re the generation that’s going to be dealing with the fallout for the longest.

When we talk about politics, the conversation needs to include our elders and not just our peers. As much as those lefty liberals would love to have you believe that the Leave camp is constituted entirely of casually racist, beige-faced withering old farts from Barnsley, that’s just not the case. The people who voted Leave are, metaphorically speaking, our parents and grandparents. How can there be such a separation in ideology between two generations, and even between two generations of the same family? Well, that’s a damn good question, and one I think very few of us gave the attention it warranted.

When my dad mentioned he was thinking about voting Leave, I laughed it off as a joke; a first-generation immigrant who has worked for the NHS for 25 years, with several Masters degrees and an encyclopaedic grasp on recent economic and political history, whose family has benefited from enhanced academic funding for the sciences and a million other EU directives … my dad voting Leave is the political equivalent of a turkey voting for Christmas, I thought. We never had the conversation, I didn’t ask what his final decision was, and on Friday I woke up to a United Kingdom that I didn’t recognise. Of course it’s always easier not to have the conversation, but in hindsight it’s a much better compromise than the inward-looking ashtray of a country we’ve been left with.

This result means that now more than ever we must be the change we want to see in the world. Good ol’ Gandhi once said that ‘if we could change ourselves, the tendencies in the world would also change’, and although a fair amount of the Leave camp are probably enraged by the fact that I’m a brown person borrowing wisdom from another brown person, I can’t help but feel that this idea is especially relevant today.

Yes, we lost our EU citizenship on Thursday, but that doesn’t mean they can take away our European outlook. Every time you see a news story or a Facebook video of a racist incident, channel the sadness and disgust you feel into doing something positive. Be a rebel. If you value freedom of movement, move. If you value the single market, buy European. If you value workers’ or parents’ or women’s rights, demand them. Most importantly, speak out – the burden lies with us now.

I’m not an unreasonable person; I’m willing to believe that the ‘Leave’ campaign genuinely thought leaving the EU would involve certain benefits for the UK. I’m not, however, a gullible person, and if those benefits haven’t become crystal clear by the year 2020 then I will be voting a giant fuck you to whichever hollow sock puppet is in the charge of the Tory gentlemen’s club at the time.

Our enthusiasm for politics needs to be this strong, if not stronger, come the general election in 2020. The ability to reward and chastise political players via general elections is our unique power as members of the British electorate. Watch, listen and wait, and if it turns out that the Leave campaign was all just a sack of lies and power plays, then vote the Conservatives out.

5. Look to the future

Finally, we absolutely must widen the conversation to our younger siblings, especially those who are just a few years away from stepping onto a political landscape that has been heated to breaking point. Come the general elections in 2020, my little sister will be 21 years old, and I can either leave her political education to the media wolves or I can open a dialogue that allows her to better understand what happened last Thursday from a voter’s perspective. I can’t make her final decision for her, but I can walk by her side as she steps into the brave new world we find ourselves living in.

There aren’t enough cups of tea in the world to fix the damaged that has been wrought so far, but these five ideas might just be a start. If you have strong feelings about Brexit, please feel free to leave your thoughts in the comments section below. 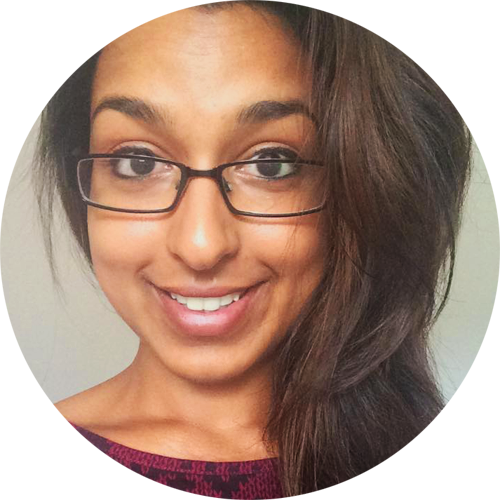 Welcome to my Ecuadorian adventure!

You can help to alleviate the suffering of the Ecuadorian people by sharing their stories and donating to the rescue efforts.